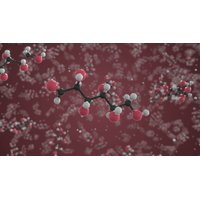 D-Mannose, or simply mannose, is a close cousin to glucose, which is the typical sugar used by the body. It is readily taken up by cells in a much similar way as glucose, but its metabolic fate differs slightly. Once the cell breaks down mannose, some of it is used to attach sugary chains into proteins and lipids in a process called glycosylation—or more specifically, mannosylation. The attachment of sugary chains to proteins and lipids is necessary for these molecules to function properly inside of the cell. The rest of the broken-down mannose is then further degraded in glycolysis to be used as energy for the cell. 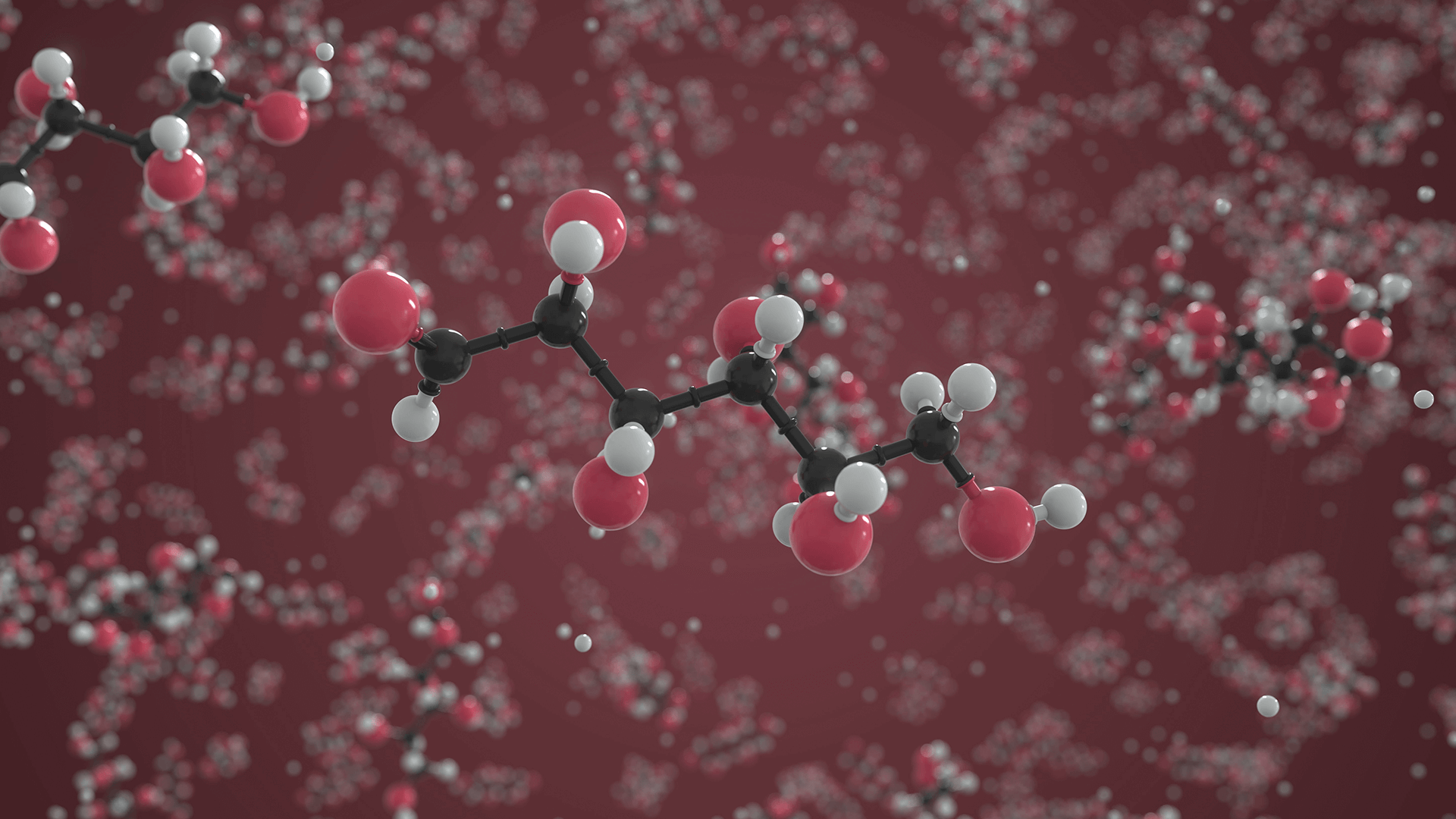 What Is D-Mannose and Is It Good for Me?

D-Mannose, or simply mannose, is a close cousin to glucose, which is the typical sugar used by the body.

It is readily taken up by cells in a much similar way as glucose, but its metabolic fate differs slightly.

Once the cell breaks down mannose, some of it is used to attach sugary chains into proteins and lipids in a process called glycosylation—or more specifically, mannosylation.

The attachment of sugary chains to proteins and lipids is necessary for these molecules to function properly inside of the cell (1).

The rest of the broken-down mannose is then further degraded in glycolysis to be used as energy for the cell (2).

However, because mannose levels in the blood are not nearly as high as glucose, its contribution to energy production is quite minimal in the body (3).

Although it does not contribute much to energy metabolism in the body, increasing bodies of evidence suggest that this sugary substance may be useful in a variety of health domains.

Here, we’ll provide an overview of some of the reported benefits of mannose.

1. Mannose May Have Anti-Cancer Properties

When glucose is around, tumor cells like to grow and divide, which can contribute to the spread of some cancers.

Interestingly, when researchers treated tumor cells with mannose, the growth of those cells started to slow down (4).

Because the cell uses the same machinery to break down both glucose and mannose, it is thought that increasing mannose reduces the ability of the cell to break down glucose, thereby reducing the amount of glucose-energy that can be used by the tumor cell.

In this sense, mannose blocks the tumor cell’s ability to grow and divide, which may help reduce the spread of some cancers.

More importantly, supplementation with mannose enhanced the effects of chemotherapy, suggesting that this compound may be a useful adjunct to traditional cancer treatments (5).

Main point: Tumor cells use glucose, or sugar, to grow and divide. Mannose blocks the breakdown of glucose in the cell, which may help prevent the growth of cancer cells.

2. Mannose Is A Great Anti-Bacterial Agent

Urinary tract infections (UTIs) are primarily caused by E. coli in the urinary tract, which is a bacteria that likes to stick to cells and cause inflammation (6).

Mannose may be a useful compound to treat UTIs, as it was shown that oral supplementation with cranberry, mannose, and anti-inflammatory molecules lowered the number of uncomfortable symptoms in post-menopausal women with a UTI (7).

Other studies have shown that cranberries specifically containing mannose can directly block the formation of UTIs as well (8), which has raised the idea that mannose may be a useful agent to protect against the formation of future UTIs in women (9).

Main point: UTIs result from bacterial infection in the urinary tract, which can be blocked by supplementing a mixture of natural agents along with mannose. This suggests that mannose may be useful when combined with other natural agents to prevent UTIs from forming.

There is evidence that mannose may also provide protection against inflammation and accelerate wound healing, possibly by blocking the activity of macrophages.

Macrophages are a type of immune cell that are typically known to circulate the body killing off bacteria and ‘cleaning up’ any debris and junk lying around.

In doing so, macrophage aims to maintain a clean cellular environment so that cells can function properly (10).

In one study, researchers activated an immune response in macrophages with a component of bacteria.

But, when macrophages were treated with mannose and then exposed to this bacterial compound, there was no inflammatory response, suggesting that mannose had blocked activation of the immune system (11).

In another study, wounded tissue in rats were treated with mannose.

The researchers found that in rats treated with mannose, but not other types of sugars, the wound healing process was much more rapid.

Mannose treatment also significantly reduced inflammation caused by the wound, indicating that mannose may be a useful anti-inflammatory agent (12).

Main point: Macrophages are immune cells that trigger an immune response when they detect wounds and foreign agents like bacteria. Mannose blocks inflammation caused by macrophage, which may be beneficial in the wound healing process and in situations where inflammation is out of control.

4. Mannose May Be Effective in Weight Management

When mice are fed a high-fat diet, they tend to gain unhealthy weight in a much similar fashion as do humans when consuming similar diets.

In one study, researchers infused mannose into the drinking water of mice fed a high-fat diet and mice fed a normal diet and allowed them to freely eat and drink for 12 weeks.

They found that mice fed a high-fat diet and mannose were similar in weight as the mice fed a normal diet after the 12 weeks. But importantly, mice that were fed high-fat diets without mannose gained a significant amount of weight (13).

This indicates that mannose blocked the negative effects of a high-fat diet on weight gain and suggests that this sugary compound could be used to combat obesity.

Although, follow-up study of this effect indicated that when mannose was added after 8 weeks of a high-fat diet, mice remained obese, suggesting that it is not useful to reverse obesity (14).

Nevertheless, mannose may be a useful compound to supplement if you are in control of your weight and want to prevent the addition of extra pounds—though further research is needed to see exactly how this result translates to humans.

Main point: Mannose may be effective at preventing weight gain, but not at reversing weight gain. It may be that mannose could serve as a weight management supplement, though further study is needed to confirm this claim.

There are many beneficial effects of mannose in terms of supporting a healthy lifestyle.

While still in its infancy, research is promising when it comes to the anti-inflammatory properties of this compound.

Future studies are necessary to truly elucidate the full spectrum of health benefits that mannose can provide.

Supplementing with compounds like mannose may alter the way your body processes sugar and regulates inflammation—possibly in ways that may not be beneficial if you experience problems with either of these bodily processes.

Consult your doctor before making any changes to your diet and/or lifestyle to ensure you are making the best choice to optimize your health. 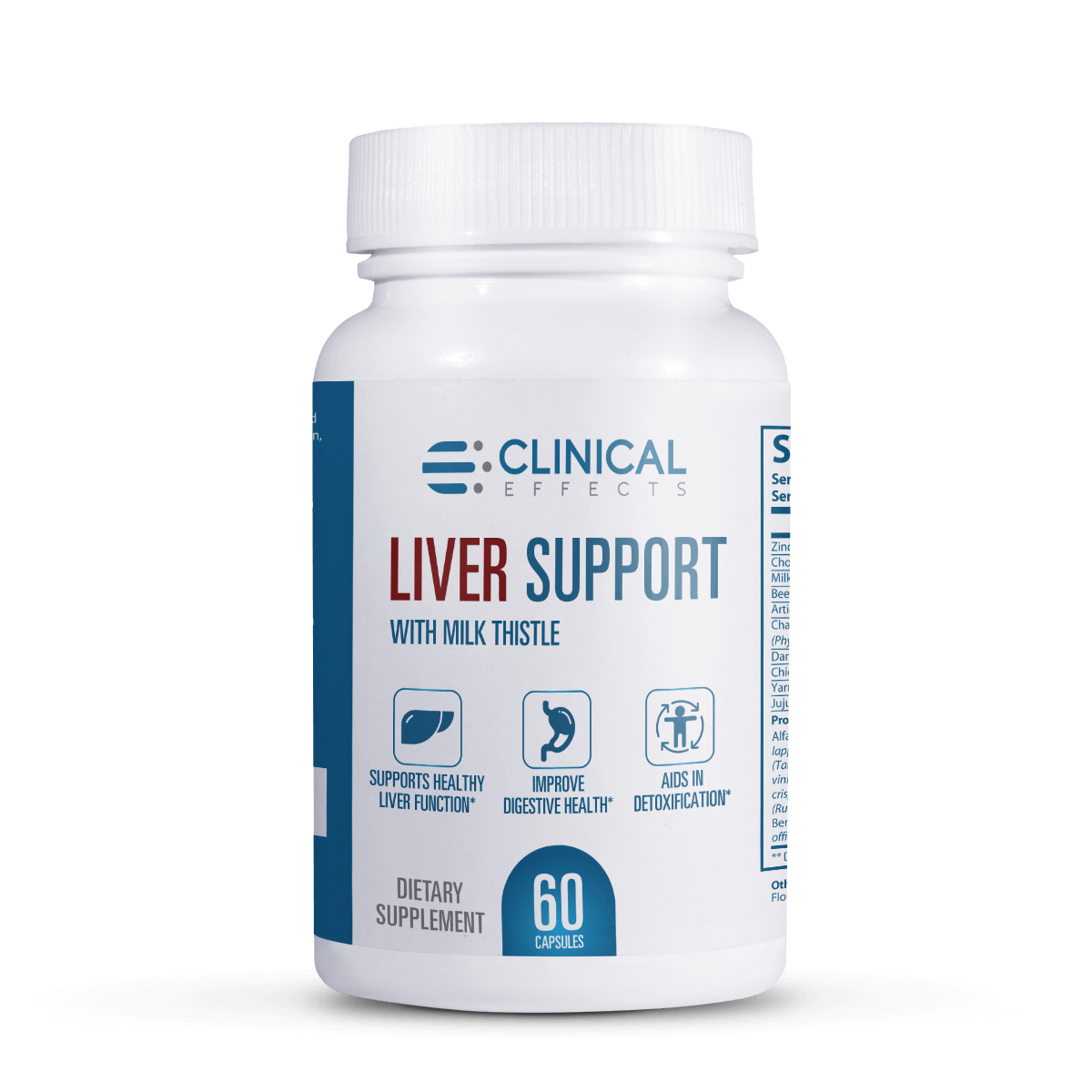