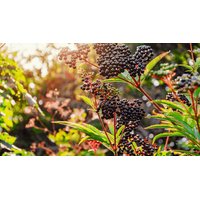 Elderberry is sort of an “umbrella term” for a variety of flowering plants found in the world. One of the most common is the European elderberry (Sambucus nigra or S. nigra), also known as the black elder. As expected, its origins are rooted in Europe, but it is known to grow in many other places around the world. Other types of elderberry include the dwarf elder, blue elderberry, American elder, red-fruited elder, danewort, and antelope brush. 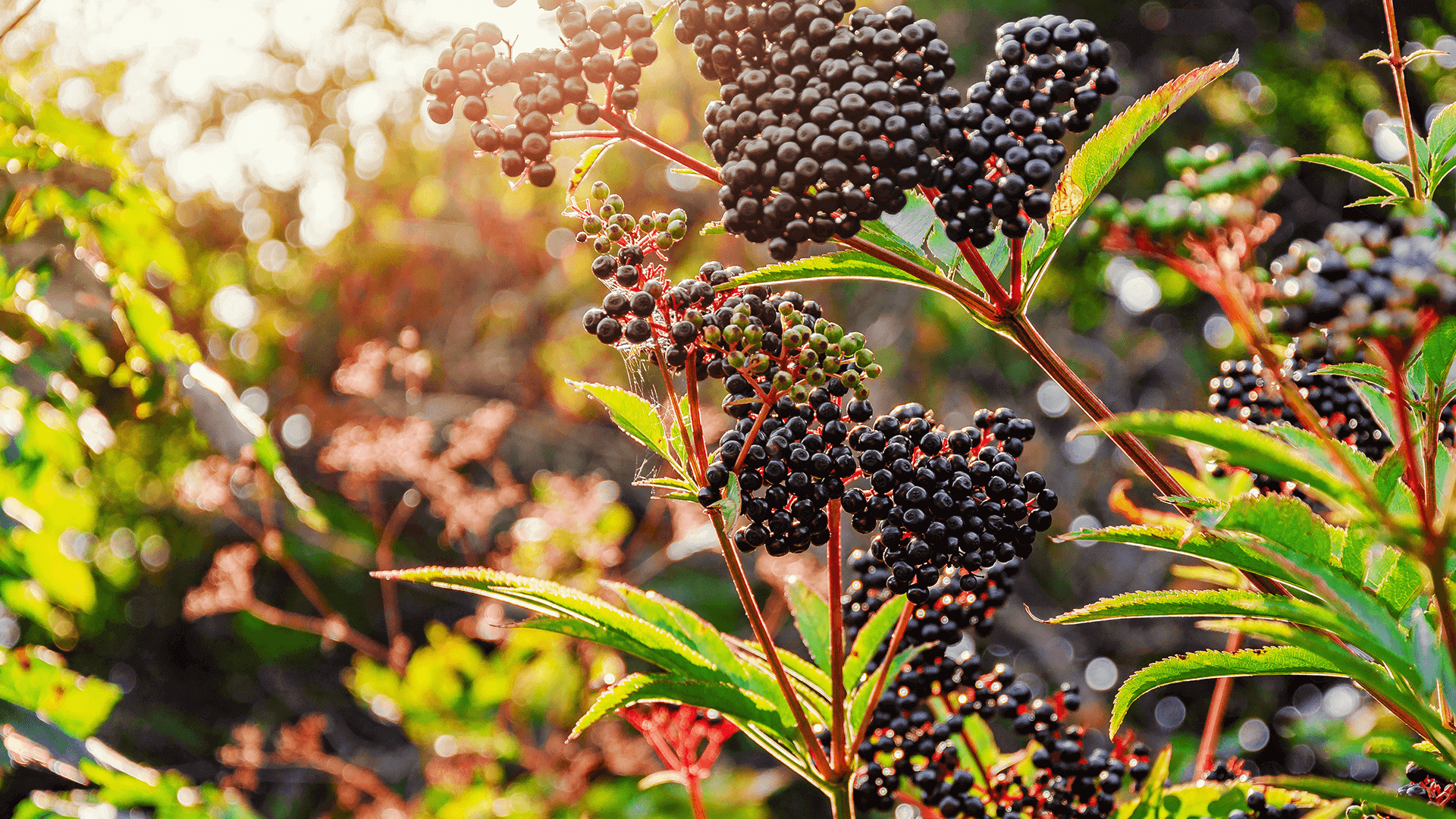 The Benefits of Elderberry

Elderberry is sort of an “umbrella term” for a variety of flowering plants found in the world.

One of the most common is the European elderberry (Sambucus nigra or S. nigra), also known as the black elder.

As expected, its origins are rooted in Europe, but it is known to grow in many other places around the world (1).

Here we will provide a brief overview of the benefits associated with elderberry.

There is evidence that flower infusions and extracts of black elderberry can reduce the severity and duration of influenza (i.e., the flu) (2).

In fact, elderberry can be found in cough lozenges and capsules due to their proposed effects against illness.

The immune boosting properties of elderberry were emphasized in another study where participants took elderberry syrup four times per day, which improved symptoms in 2 to 4 days.

This was in comparison to a control group that did not take elderberry, and had symptoms improve in 7 to 8 days (3).

Similarly, air travelers that took elderberry supplements 3 times per day tended to experience shorter durations of illness compared to those who did not take elderberry (4).

Thus, elderberries improved the speed at which individuals recovered from the flu.

There is also evidence that elderberry may benefit the heart.

For example, elderberries may reduce the level of uric acid in blood, of which an increase has been linked to elevated blood pressure and negative heart health (5,6).

Another study found that black elderberry in the diet reduced cholesterol levels in the aorta (the large artery on top of the heart) and the liver (7).

Finally, there is evidence that elderberry may help regulate blood sugar levels.

In one study, researchers found that elderberry increases the entry of glucose into muscle cells and increase the release of insulin (8).

Glucose uptake by muscle and insulin both play an important role in regulating blood sugar, and their dysfunction is associated with diabetes (9).

Another study found that elderberry blocks the activity of alpha-glucosidase, which is a protein that breaks down long sugar chains into sugar molecules, which causes an increase in blood sugar (10).

Main point: Elderberry is a flowering plant that originated in Europe. Generally, the various species of elderberry are associated with several health benefits like improved heart, metabolic, and immune health.

What Is In Elderberry And What Are Some Benefits Of These Ingredients?

Importantly, vitamin C is an essential vitamin—this means that your body cannot produce it and must obtain it from diet.

Vitamin C is associated with various health benefits, such as:

Thus, supplements that combine elderberry with vitamin C are optimizing the amount of this vitamin you take in each day, which allows you to reap full benefits of vitamin C like its ability to boost your immune system!

Elderberry fruit is packed with polyphenolic compounds, which include phenolic acids and flavonols (21)—two very important nutrients for your health.

Phenolic acid is especially important in the body’s defense against foreign microbes. Specifically, it was shown that antibiotic resistance—which is when antibiotics are not powerful enough to wipe out bad bacteria—can be reduced with phenolic acid (22).

In this sense, phenolic acid may provide a natural antibiotic compound to fight infection.

In addition, phenolic acid also plays a key role in regulating immune activity, given its role in promoting anti-inflammatory mechanisms (23).

Similarly, flavonoids (i.e., flavonols) have been shown to:

Studies have found positive health effects of anthocyanins (29), which include:

While elderberry does not contain zinc itself within the fruit or flower, this mineral is often added to supplements to enhance their immune-boosting properties.

This is because several studies have shown that zinc can reduce the length of common cold by approximately 33% (30).

As well, supplementing with zinc may help reduce the risk of infection and may even boost the immune response in those with weakened immune systems, such as older adults (31).

Zinc’s powerful immune boosting properties are emphasized by the fact that this mineral is often used to treat burns, certain types of ulcers, and some skin injuries (32).

In fact, it was shown that 12 weeks of zinc supplementation (200 mg per day, every day) significantly reduced the size of diabetic foot ulcers in comparison to a group supplementing with a placebo pill (33).

Finally, the immune boosting properties of zinc may be a result of its effects on inflammation.

Specifically, zinc has been shown to reduce oxidative stress and inflammatory proteins in the body (34). When older adults were administered 45 mg of zinc per day, these individuals displayed lower levels of inflammatory markers compared to placebo (35).

Main point: There are several ingredients found in elderberry fruit and flower, which all have been shown to have positive health effects. These include an immunity boost, blood pressure and sugar regulatory effects, antioxidant properties, and improved cardiovascular health. Ingredients like vitamin C and zinc are often combined with supplements due to their immune-boosting properties.

To sum things up, elderberry is a flowering plant originating in Europe, but can be found in several other regions around the world.

The fruit itself has been associated with several health benefits like improvements in immune function, blood pressure regulation, and blood sugar levels.

Importantly, these positive health effects are likely due to the variety of essential nutrients found within the fruit or flower of elderberry, which include vitamin C, dietary fiber, polyphenolic compounds like phenolic acid and flavonol, and anthocyanins.

As well, when combined with vitamin C and zinc, elderberry supplements can provide a powerful boost to immune function that may help with wound healing and reducing inflammation in the body.

Try fresh elderberry today or include a daily supplement in your regimen to reap all of the benefits this little fruit has to offer. 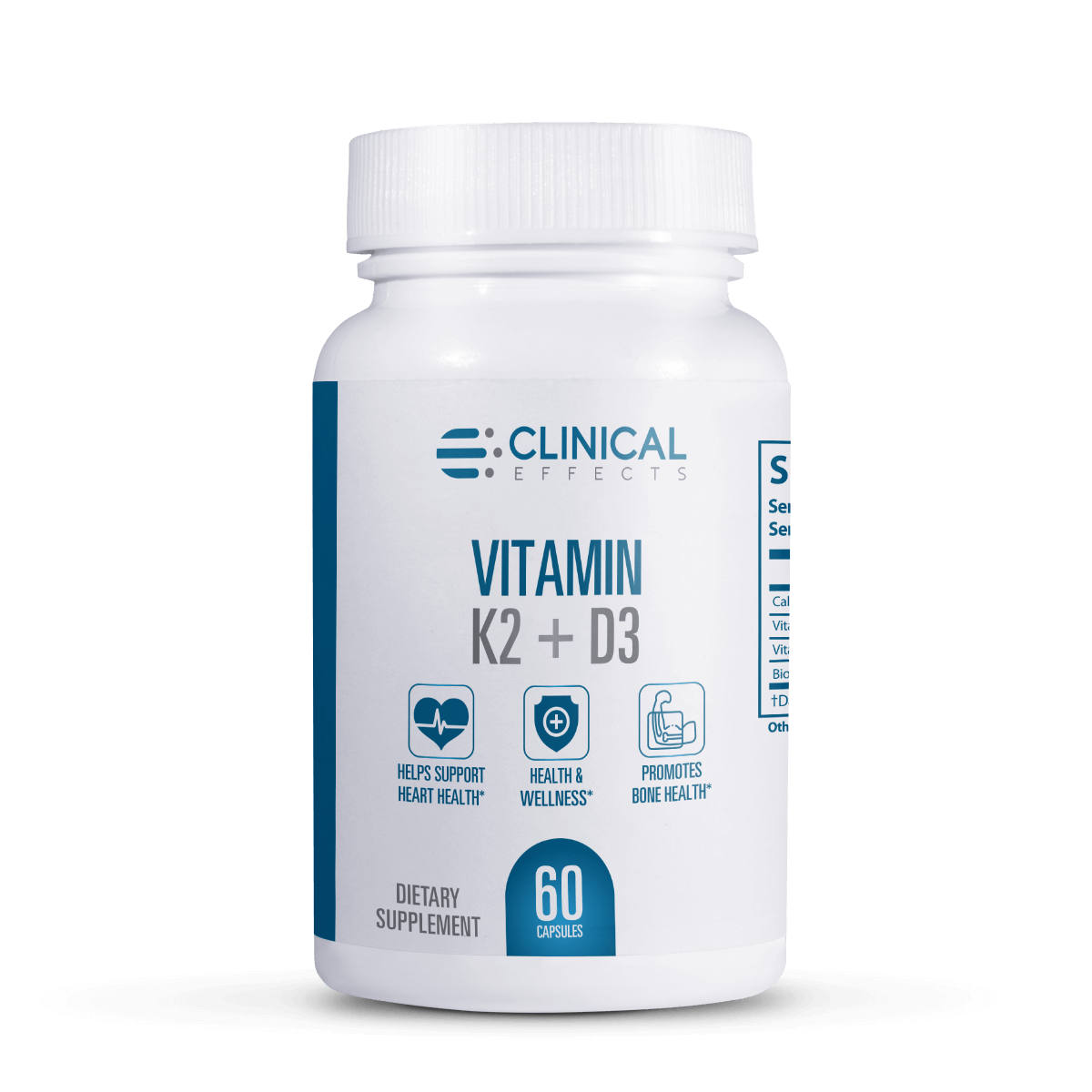