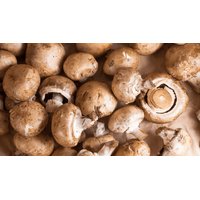 Classified as a fungus (or fungi for plural), mushrooms are almost like a cross between a fruit and a plant, except plants and fruits have seeds which sprout into more plants and fruits when planted. In contrast, the seeds of mushrooms are actually called spores, which are released into the air and carried in the wind until they hit the ground. Once on the ground, these spores feed off of the surrounding environment (soil or wood) and form roots. The network of roots formed by these spores is called a mycelium, and the mycelium provides the foundation by which mature mushrooms (the actual “mushroom cap”) sprout from the ground. 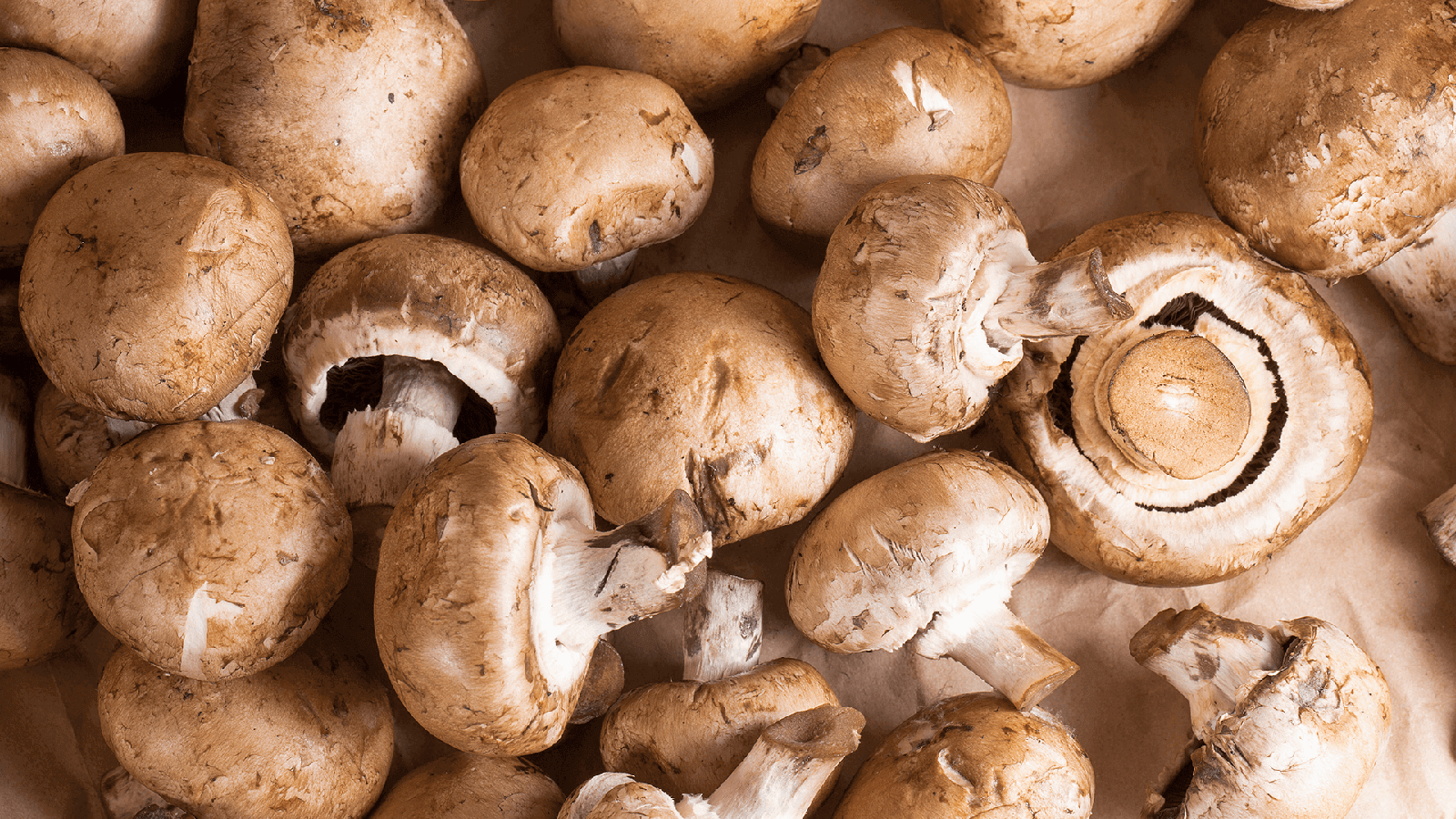 An Overview of Health Benefits of Mushrooms

Here, we’ll provide an overview of:

Mushrooms are an interesting organism.

In contrast, the seeds of mushrooms are actually called spores, which are released into the air and carried in the wind until they hit the ground.

Once on the ground, these spores feed off of the surrounding environment (soil or wood) and form roots.

The network of roots formed by these spores is called a mycelium, and the mycelium provides the foundation by which mature mushrooms (the actual “mushroom cap”) sprout from the ground (1).

Unlike normal plants and fruits, however, the mycelium produced by the spores remain for years, allowing new crops of mushrooms to grow every year without planting new spores (i.e., seeds) (2)

Another feature that distinguishes mushrooms from fruits, plants, and animals, is the method they use to absorb nutrients.

Typically, plants and fruits produce energy from the sun through photosynthesis, whereas animals consume food sources and digest them via proteins called enzymes located in the gut.

On the other hand, mushrooms release enzymes that digest food sources in the surrounding environment.

From there, mushrooms absorb the nutrients that are released as a result of this “external digestion” and are used to energize the mycelium (2).

Some of these different genera of mushroom will be discussed here and include:

Main point: Mushrooms are edible organisms that are not quite plants and not quite animals. They multiply and spread via spores instead of seeds. The spores produce networks known as mycelium that persist year-after-year which produce mushroom crops annually. Many types or genera of mushroom have known health benefits.

Cordyceps sinensis is a rather unique type of mushroom.

Most of the time we think of mushrooms as fungi that sprout from the earth or that grow on trees.

Instead, Cordyceps is a type of fungi that is found along parasites and insect larvae.

When cordyceps enter the tissues of these parasites and insects, it begins to take over the host’s tissue and grows its own fungal stem from the organism.

In the end, you get a larva or parasite with a long sprouting “mushroom” attached to its body.

Aside from what it is, animal and laboratory studies have associated Cordyceps with various health benefits (3), such as:

Main point: Cordyceps sinensis is a quite promising genera of mushroom that has been shown in the laboratory and in animal studies to have multiple health benefits, ranging from improvements in energy metabolism and exercise performance to anti-inflammatory properties.

The reishi mushroom is another fungus that is popular in Traditional Chinese Medicine (15).

The reishi mushroom is also known as Ganoderma lucidum and can be found growing in hot and humid climates within Asia (16).

It is more in line with what we think typically of a mushroom—not one growing out of a parasite or larvae but is commonly found growing from the earth.

Several studies have identified potential health benefits associated with reishi mushroom. Some of these benefits include:

Main point: Reishi mushroom extract seems to improve immune system function, which may help in fighting diseases and inflammation. There is also evidence that reishi may improve feelings of fatigue and quality of life associated with mood impairments (i..e, depressed mood).

Next, we have shiitake mushrooms, which are one of the most popular mushrooms worldwide.

These are another “typical” mushroom in that it tends to grow from hardwood trees and are normally found in East Asia.

However, they are also grown in countries like the US and Canada as well (22)

Shiitake mushrooms are known for their excellent, savory taste as well as their health benefits. Some of these benefits include:

Main point: Shiitake mushrooms have been a delicacy for centuries. Their health benefits are often cited as one of the known properties of shiitake, which are associated with improved immune function, blood pressure, fat metabolism and cholesterol, and bone density.

As their name implies, when they grow, they tend to resemble a lion’s man characterized by large, white, and bushy mushroom caps.

Lion’s mane has historically been used for culinary and medicine purposes in countries such as India, China, Korea, and Japan (31).

When eaten, people tend to describe their taste as something comparable to lobster or crab (32).

The bioactive substances in lion’s mane mushroom have been under study in recent years, revealing potential health benefits associated with this type of fungi, including:

Main point: Lion’s mane is a seafood-tasting type of mushroom that has several health benefits ranging from protection against memory problems and improvements in mood to reducing the risk of cardiovascular problems.

One important thing to consider is that many of these studies were performed in animals and have not been tested in humans.

So, it is difficult to directly state whether these effects also occur in humans.

Nevertheless, these findings provide promising results for the health benefits associated with mushrooms. 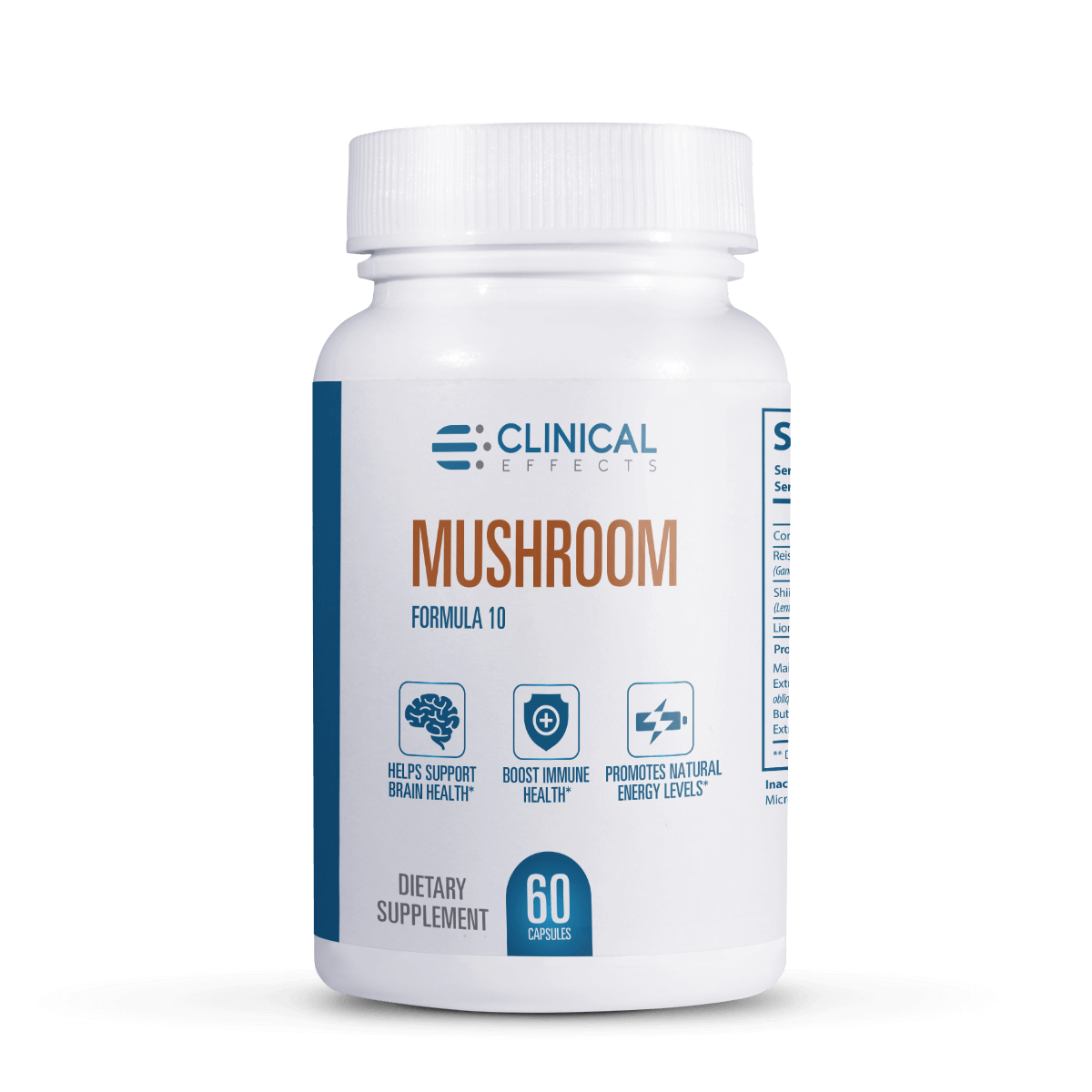